A downloadable game for Windows

it was a pretty lofty ambition: let's knock out a shmup to see how we'd work on this kind of thing in a couple months and have it ready for the convention just around the corner! with Squeedge handling the art on this project, it was the first time i'd worked on an original game. as well, it was 2010, and i hadn't even remotely seriously touched any game development in... years.

it turns out that trying to knock out your first fully original game in a couple months does not come recommended. i do look back on it fondly, and the trips to the coffee shop to come up with enemy and boss designs were great, but it was really stressful. i was really frustrated and anxious about the project, and looking back, i think it set a strong example of the kind of crunch time i don't really enjoy at all! 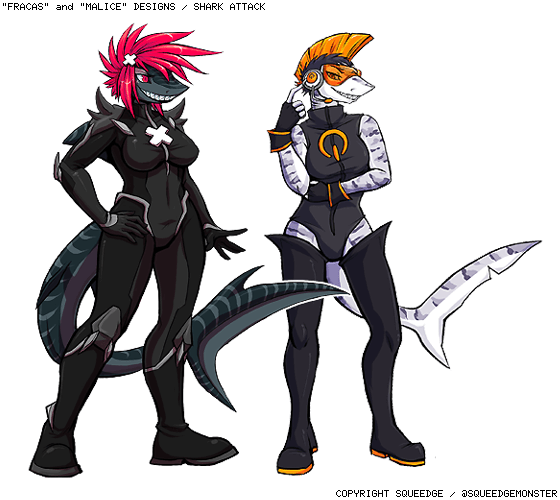 the game isn't without its charm, and i think it does have moments where it truly shines, mostly on a couple of the bosses! one of the later stage with the moody lighting is also really neat, and i still think the final boss is pretty awesome! a big part of this is due in part to Squeedge's cool graphical work. it was their first major sprite-based project, and considering that, it turned out really well. 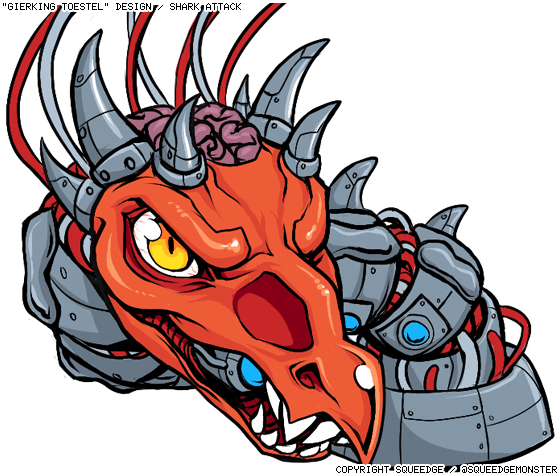 when i "marketed" this game, i kind of presented it as a "TurboGrafx-16" style shooter, and i do think it fits the bill, right down to it fitting in with some of the more mediocre titles like Dead Moon or Paranoia. stages and bosses overstay their welcome a bit, and there's not a lot in the way of actual design.

oh, and i hired Jon St. John to do the trailer voiceover, which had the side effect of certain chanboards completely losing their shit, dislike-bombing the trailer, and screaming about Jon doing work for "furries" - don't they know he voiced Big the Cat? either way, looking back, it was funny. not sure if success or failure.

anyways, the instructions are over on the right, where game screenshots usually are. have fun, maybe! 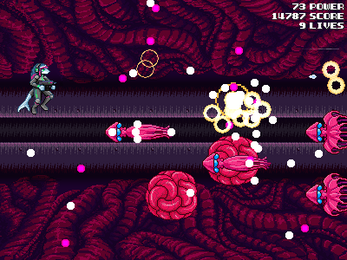 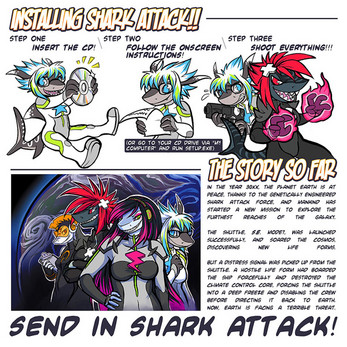 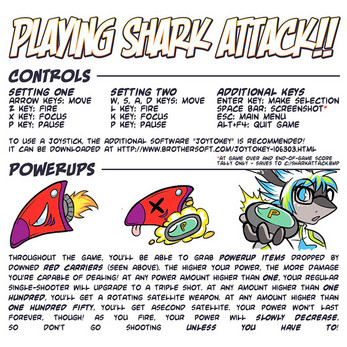 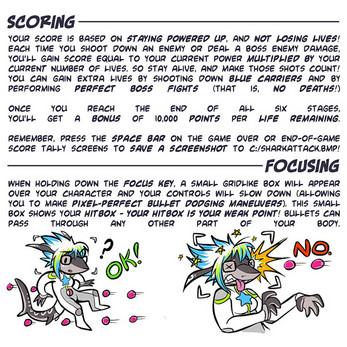 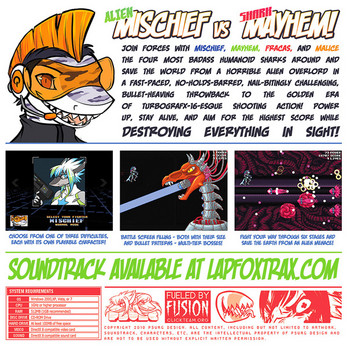