A downloadable game for Windows

i love how DASH-DA-DASH DX came out. so much so that i decided to follow it up, this time with original assets. working alongside Squeedge again, this project got along fairly far, but eventually fell by the wayside. what's there is remarkably playable, though! [edit: it finally happened - i went back and finished it up for the most part. v1.0 is now available]

this game was originally designed with vertically-oriented touchscreen devices in mind. not necessarily phones specifically, but also larger touchscreen displays. over the course of working on it, a second control type was added which expands on the first - one where opposed to clicking to dash, the ship always follows the player's mouse/finger. this one proved to be really fun and twitchy.

eventually, i decided to also add a keyboard-based one more in line with regular shmups. in this one, the player fires automatically, but is required to "mine" the crystals by hitting the boss, and your crystal combo is directly linked to how powerful your fire is. it's a little weird, admittedly, but this whole thing was kind of an experiment.

Squeedge helped out by designing and realizing three awesome characters and a bunch of super cool boss designs, a little inspired by some of the pixel work Joker Jun did for Toaplan. 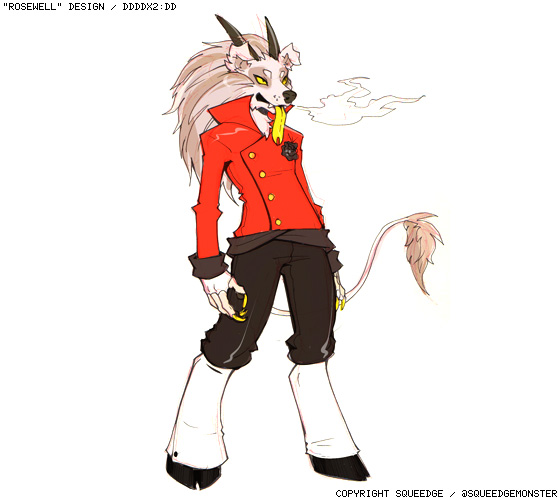 much like the first DASH-DA-DASH, the bosses are selected randomly on a part-by-part basis. there are some cool ones in here - my personal favorite is probably the circular saw attached to the weird stretchy limb. it's ridiculous! i also really like the bug with the lightning eyes. i really wanted to push the sprite effects front and center this time, so there's all sorts of fun effects going on. there's one part, though (the weird oozy gas mask head) which doesn't have any attacks attached to it (i never got that far!), so i guess it could be considered a random "easy" round when it comes up.

the soundtrack also came out pretty fun, with several Mega Drive-style FM synth jams, mostly running at the same tempo and in the same key, so they can be swapped in and out as the player makes it through each phase of the round.

it goes without saying that since this project was called off, there's stuff that could stand to be fixed up, but there aren't any plans for that, and it does still stand as a pretty fun time! while it's not as off-the-wall as its predecessor, it taps into a different vibe that i'm pretty into. enjoy! 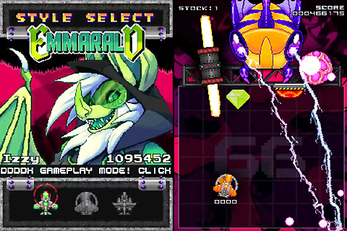 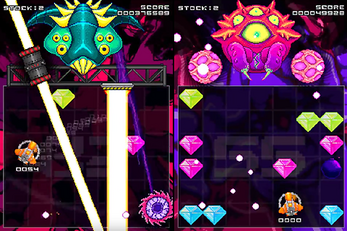